Martial Arts Hall of Fame "School of the Year" 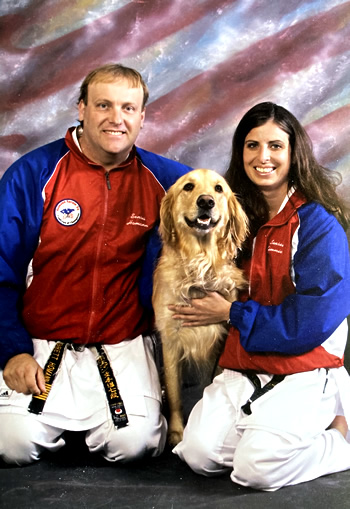 They excel both as martial artists and are a success story given the popularity of Homann Karate Dō.  They both are certified coaches and referees with the USNKF and AAU Karate organizations.

The depth of their instruction and their exciting karate programs appeal to children and adults alike.  Sensei Kim holds a teaching degree and uses her knowledge to keep innovative with the children classes. They both have won numerous awards in competition, six karate hall of fames, and awards as professional business owners.

Grandmaster Brett has been training since the age of 4 and has 44 years of experience in karate.  He is a 9th degree black belt in Kyu Sho Jutsu, a 2nd degree in Soryu, and a 2nd degree in Shotokan.

Grand Master Homann is also a renowned national and international champion and represented the US Karate Team for 8 years!  He represented his county competing in Japan, Brazil, Costa Rica, Dominican Republic, Curacao, and Greece.  He has competed in 2 Pan-American Championships.  His proudest moments are competing on the US Karate Team and earning his Doctorate of Martial Arts Philosophy; Phd.

In 1996, Grand Master Homann geared his competition energy into opening his own Karate school with his wife Kim, which has been a huge success.

Homann Karate Dō is built upon a strong foundation of quality karate instruction and community involvement. 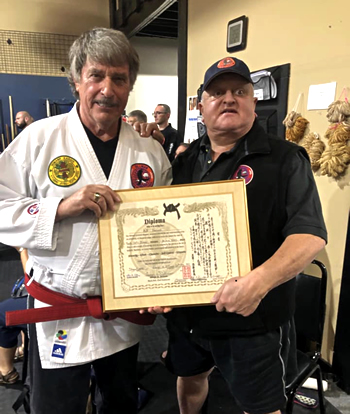 Grand Master Bill Homann is a 10th degree black belt. He studied Judo and Soryu Karate in the mid 1960’s while in the Air Force at Panama.  After the service, Grand Master Bill started training with Grand Master George Dillman in Kyusho Jitsu and Ryu Kyu Kempo.

Grand Master Bill has been teaching karate for over 50 years in Northwest Indiana.  He is regarded as one of the highest ranked Black Belts and recognized as a true authority in the martial arts community.

Grand Master Bill has been inducted into six karate Halls of Fame.  He currently teaches at Homann Karate Dō and in seminars around the world.

Grand Master Bill Homann has an incredible wealth of knowledge and vast experience in the martial arts.  His lengthy career in karate is highlighted by his instruction of pressure point techniques (tuite) which is incorporated within his F.E.D. system (Fast, Effective, Deadly).

This highly effective self defense approach uses small circle jiu-jitsu and strikes upon specific points on the body. Many students that have learned his techniques find his instruction both challenging and rewarding on a physical and mental level. 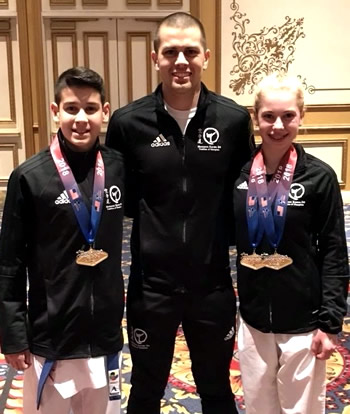 Sensei Justin Rangel is a 3rd degree black belt and holds a nursing degree.  He has been training for 14 years. His passion is coaching.

Sensei Marc Stewart has been training for 9 years.  He joined karate to participate with his son.  It’s a great family sport.  He is certified coach in AAU/USNKF.  He loves inspiring and helping with all our students. 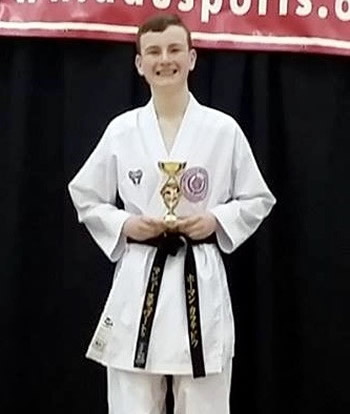 Sensei Matthew Stewart started karate at age 7.  He has been training for 10 years. He is a 2 time national champion.  He has made 3 national teams with AAU Karate (Ireland, Scotland, and Hawaii).

Sensei Matthew is a certified AAU coach.  He also loves coaching the youth kids and working with the competition team.